How Dangerous Are Fire Ant Bites In Oklahoma City?

There are two varieties of fire ants active in the U.S. Both were imported from South America, after making landfall in one of the Gulf states. While both species are aggressive, the red is more so. It is believed that the movement of soil, sod, trees, and hay can account for much of the ant migration. Currently, in the Southern states, due to issues to do with the pandemic, soil and other organic material cannot be relocated to areas outside the “red zone.” This is usually done in hopes to control the spread. Southern Oklahoma is inside the “red zone,” and Pestmaster® Services has a plan to get us out. 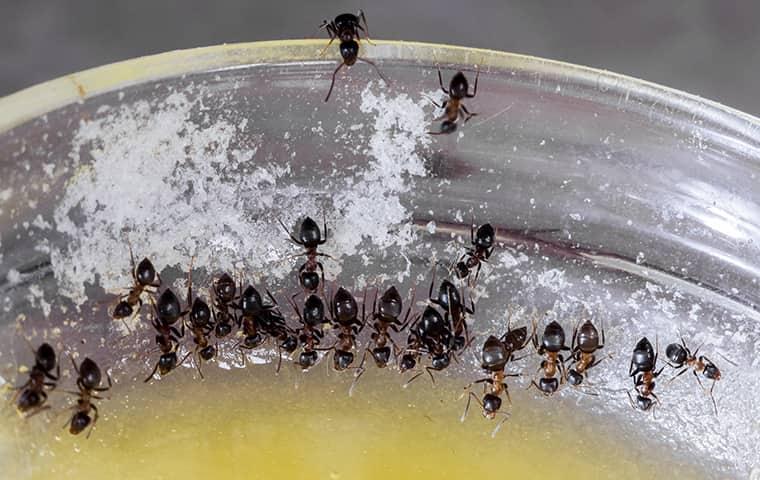 In Oklahoma, we primarily encounter the red fire ant. Generally, most people know them when they see them, because once you've been stung you don't forget.

These ants are highly aggressive. If you accidentally step onto one of their mounds, you will be attacked within moments. They will inject you with an alkaloid venom that causes a painful burning feeling; hence the name fire ant. Usually, the point of injection will become white, looking like a pimple. Many people are allergic to fire ant stings, with varying degrees of severity. There have been reported fatalities.

Humans are not the only victims of the fire ant. They are predators and will search out small animals that they can overpower. Birds are particularly vulnerable to this type of attack. The ant will locate nests with freshly hatched chicks and devour them. Endangered sandhill crane populations have been drastically affected by fire ants for this very reason.

Because they are so aggressive, they are affecting the ecosystem in many ways. They are pushing out all other ant species, and making the areas they invade inhospitable to ground-nesting animals. When these animals relocate to escape the fire ants, the role they played in that area ceases.

Very Hard To Get Rid Of

Hard to get rid of is an understatement. These ants are resilient and determined. Like most ants, they can relocate their nests at a moment's notice, acting with a single mindset. Every movement and action are with one goal in mind. As we look down on them from our point of view, they seem to be chaotic and disorganized. However, this is not the case.

Because they can move so quickly, it's difficult to completely eradicate the colony. This is why you need to attack without warning, and do so with gusto. There is no other way if you hope to be successful. There are many methods people use to wage war against the fire ants. Here are a few common ways:

As we said earlier, these ants are very resilient. So much so that in the case of flooding (which happens a lot in the south), these ants will form a raft from their bodies, protecting their queen and all the eggs. They will float until they reach land, and establish a new colony.

The Best Way To Handle The Problem

You don't want to mess around with fire ants. The best way to handle the problem is with professional help from Pestmaster® Services. We are experts on fire ants, and all the methods that work best to protect your family. Call us today for a free fire ant extermination estimate.