What Every Oklahoma City Resident Should Know About Boxelder Bug Control

When dealing with pests in your Oklahoma City home, there are some that you might hear about often, such as spiders or ants, but there are other pest species in the area that can also become a problem. There are many invasive, nuisance species around that might not be particularly dangerous, but can still be difficult to deal with and remove. One of these is the boxelder bug. 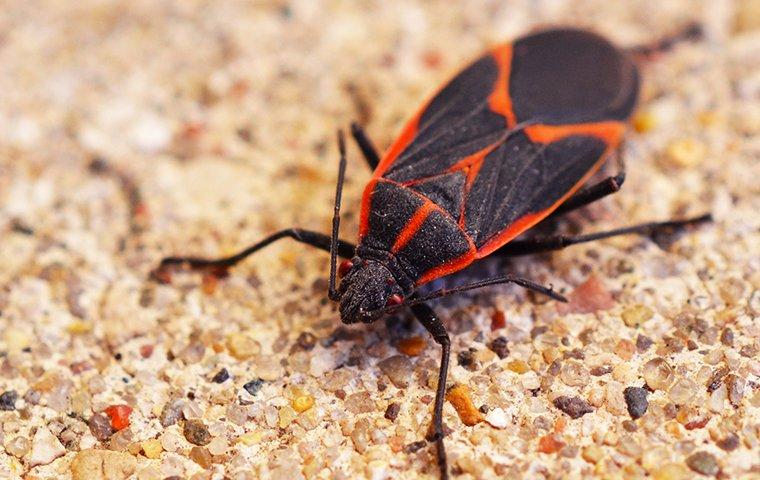 This half-inch-long insect has a rather distinctive appearance because of its coloration. They are black but have red lines along their thorax and sides, and their wings lay flat on their backs and are also red. While it’s difficult to describe the pattern of boxelder bugs, they are rather distinctive once you’ve seen them.

Where Do Boxelder Bugs Live?

Boxelder bugs are a pest that will nest indoors throughout the year. However, they only come out in the open during the warmer months. They will gather together in warm areas that face the sun, such as windows and walls. Then, they will overwinter inside of walls where you likely won’t see them until the temperatures get hotter again.

In the summer, they will also make homes in trees, especially boxelder maples and ash trees.

Overall, boxelder bugs are a very harmless pest. They aren’t known to transmit any illnesses or diseases, but you should still throw out any food they touch. Also, while they technically can bite, it’s very rare for them to do so. If they do bite, it’s unlikely to hurt, and there aren’t any worrisome side effects.

The main issue with boxelder bugs is that they can be invasive. During the summer, they can congregate in great numbers both inside and outside of a property. This is especially true if you have a lot of trees around your yard.

When crushed, they can also emit a gross smell and leave some stains from their droppings on upholstered items. And, because there are so many of them, they can be troublesome to completely eradicate using DIY methods.

While boxelder bugs are a complicated pest to remove, there are some steps you can take to deter them from coming around in the first place. These five measures can make your property less susceptible to boxelder bugs:

These steps will help minimize your risk of developing a boxelder bug infestation but they are not enough to eliminate one.

While they might not be very harmful, boxelder bugs can be one of the more difficult pests in Oklahoma City to remove completely and prevent. Many over-the-counter pesticides aren’t sufficient to completely eradicate them.

But, there is one sure way to both prevent and remove boxelder bugs, and it’s with assistance from the experts at Pestmaster® Services. We provide monthly plans that will keep these and other invasive insects away. Give us a call today to learn more or to request a quote.